Trench Mouth: Just as Bad as it Sounds!

When it comes to oral health concerns, there are a number of different conditions and issues you need to watch out for. And while some are worse than others, according to Dr. David Malakov, a dentist known for providing the best gum graft surgery New York has to offer, sometimes gum infections get so bad that the only means of treatment involves surgically removing pieces of gum, and creating a graft in order to take its place. The bottom line is that while some are more severe than others, they are all a product of generally the same causes – poor oral hygiene. And while issues like enlarged gum pockets filled with bacteria can be treated with scaling and root planing, New York dentist David Malakov believes this condition might require a combination of nearly all procedures to treat. This devastating issue is known as trench mouth. Learn more about this extremely severe gum infection by reading below.

Trench mouth is a severe gum infection caused by a buildup of bacteria in the mouth. It’s characterized by painful, bleeding gums and ulcers in the gums.Your mouth naturally contains a balance of healthy bacteria, fungi, and viruses. However, poor dental hygiene can cause harmful bacteria to grow. Red, sensitive, and bleeding gums are symptoms of a condition known as gingivitis. Trench mouth is a rapidly progressing form of gingivitis. According to Dr. Malakov, can the best gum graft surgery New York patients suffering from trench foot will often need something this drastic. The term trench mouth can be traced back to World War I, when it was common for soldiers to experience severe gum problems because they didn’t have access to dental care while in battle. It’s formally known as:

Interestingly enough, similar to those who are in need of scaling and root planing, New York patients suffering from both gum pockets and trench mouth are generally teenagers and young adults. And although rare, its one of the most serious conditions around – often cases are found most commonly in third world countries and underdeveloped nations with poor living conditions. Trench mouth is caused by an infection of the gums due to the overabundance of harmful bacteria. If you have gingivitis, you’re already at a higher risk of developing this advanced infection.Trench mouth has also been linked to the following risk factors:

· Infections in the Mouth, Teeth, and Throat

The infection worsens and damages gum tissue if it’s left untreated. This can lead to a host of problems, including ulcers and possible tooth loss.It’s important to recognize the symptoms of trench mouth so you can get timely treatment and prevent complications. In addition, trench mouth can cause the gum pockets to recede and largen, whilst filling with unwanted bacteria and furthering the infection, this means that treatment might have to include scaling and root planing New York dentist David Malakov will generally see how this effects the other symptoms and move forward with treatment from there. While the symptoms of trench mouth are similar to those of gingivitis, they tend to progress more rapidly.

Symptoms of trench mouth include:

· Bad Breath or a Bad Taste in My Mouth

· Bleeding caused by irritation or pressure while brushing or applying pressure.

· Crater-like ulcers in the mouth.

· Pain in the Gums

· A nasty grayish film on the gums.

Trench mouth can typically be cured in a matter of weeks with treatment. Treatment will include:

· Antibiotics to stop the infection from spreading further.

· Professional cleaning from a dental hygienist

Brushing and flossing your teeth thoroughly twice a day are important for controlling the symptoms of trench mouth. Warm salt water rinses and rinsing with hydrogen peroxide can ease the pain of inflamed gums and also help remove dead tissue.It’s also recommended that you avoid smoking and eating hot or spicy foods while your gums heal. For more information on treating poor gum issues and to schedule an appointment for the best gum graft surgery New York has to offer, be sure to contact Dr. David Malakov today. 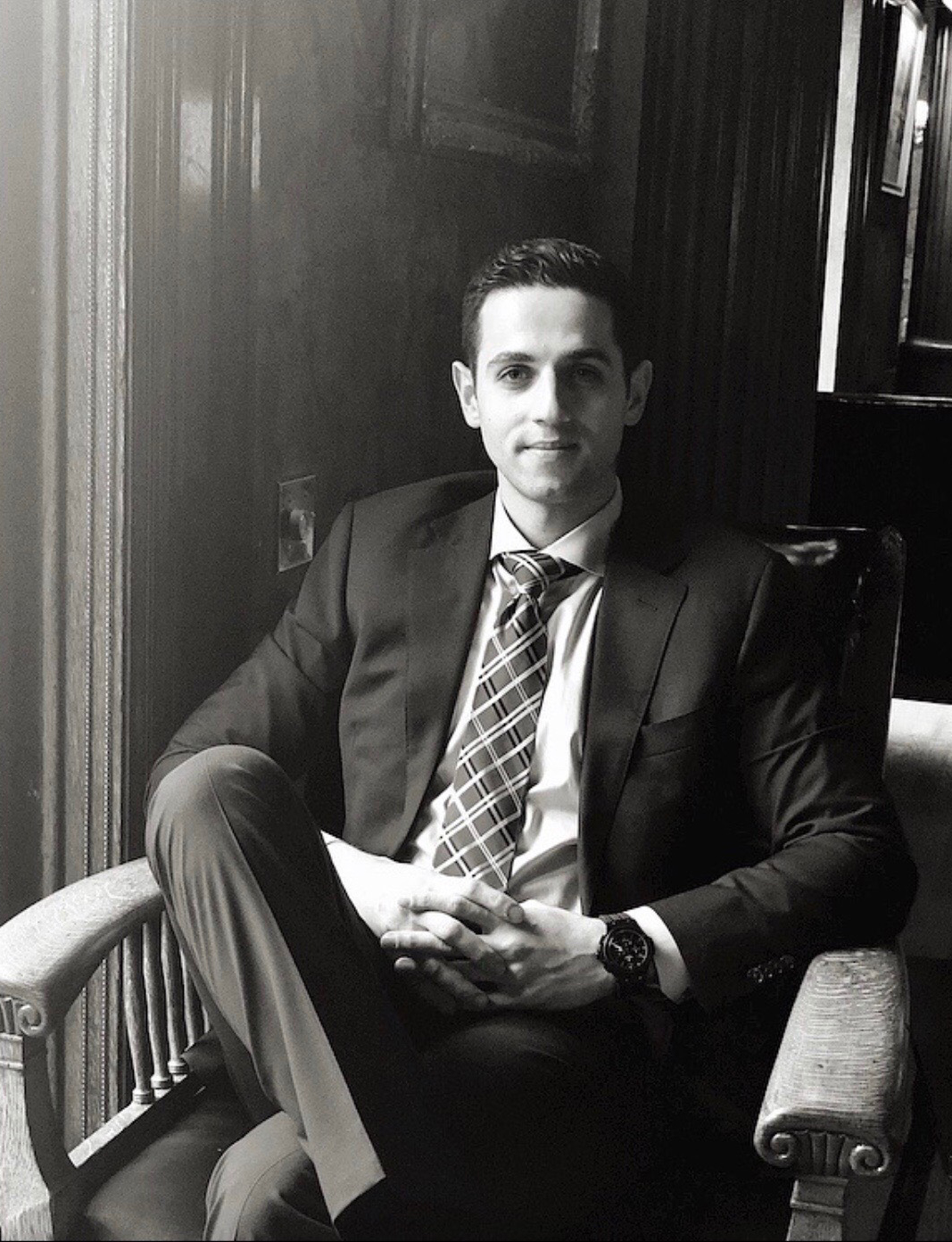 Dr. David Malakov received his Doctorate in Dental Surgery from the New York University College of Dentistry, where he graduated with distinction as the recipient of the American Academy of Periodontology Award for Outstanding Achievement in Periodontics.

Dr. Malakov continued on to complete a supplementary three years of extensive specialty training at the prestigious Advanced Education Program in Periodontics and Implant Dentistry at New York University.

Dr. Malakov’s main emphasis is on comprehensive treatment planning and reconstruction to restore patients to their ideal oral health, function and aesthetics.

Magnificent and a passionate Doctor! Dr. Malakov is the best dentist and he is very passionate about his work. During my visits, he informed me about what procedures I would have to take and gave me different options. Due to my financial situation, he was able to grant me a surgical plan that I could afford. I am deeply grateful for his compassionate service and my wonderful experience at his office. His entire staff provided professional, friendly, and supportive service. His location is accessible throughout Manhattan. Go See Him!

Dr. Malakov is the best dentist I have come across and sadly, I have been to plenty!
Dr. Malakov explained my treatment plan for implants step by step & when I had concerns he was attentive & very supportive of my fears. He doesn’t patronize like other dentist I have come across when one has doubts or concerns. He is a top notch professional who cares about his patients. Most important, Dr. Malakov made the experience painless & worthwhile & I am sure he will make it for you as well. Thank you Dr. Malakov for your great service & amazing care!

I have had a lot of oral surgery, extractions and implants over the years. And a lot of different dentists. Dr. David Malakov has the rare combination of a terrific bedside, or should we say, seat-side, manner, and great technical skill. He moves fast and gets things done quickly. I would highly recommend David for any dental procedure.

Dr. Malakov over the last six months or so has performed many procedures on me that involve implants, sinus lifts and bone grafts. He was very clear explaining all the procedures and executed them very well. Great bed side manner, I highly recommend him.

I've had extensive dental work done in the past and honestly, no one has taken their time to explain, advise and treat me as Dr. Malakov has. Not feeling like you're just a number to be processed is a boon. I'd recommend him any day.

I guess I can call him David now, but he was a delightful gentleman to me while he was caring for my tooth implant. All kind words from him made me feel comfortable. He has a good bedside manner.

Dr. David Malakov is the most consummate professional and a "Top Gun" Dentist, - exceptional. He has consistently demonstrated the utmost care and expertise in dentistry, and he is very complete, - while operating with patience, calmness, but at the same the same firm and committed to full dental health. He has done wonders for me and can't say enough kind things about him. All dentist should role Dr. Malakov. Kudos.

A fantastic dental implant specialist. Professional, thorough, and caring. I would recommend him to anyone! A real find…at a great price!

Outstanding doctor. Clearly explained every aspect of the procedure he was performing. A true professional. He is the type of doctor that gave me the confidence to continue improving my dental health. David always made time to answer all of my questions and provided flexible appointment times. I am thankful that I was able to work with David, especially when I have such a busy schedule.

I am satisfied with Dr. David Malakov exceptional work. He takes time to explain your treatment procedure in a professional way and is trustworthy. Definitely recommend him for any tooth extractions and implants. Thank you Dr. Malakov for giving me my smile back.

I had a successful tooth extraction and implant handled by Dr. Malakov! He was incredibly professional, helpful, and skilled. He explained the options and procedures thoroughly and assuaged many of my concerns while providing me with phenomenal care. Very grateful! Thanks, Doc!!